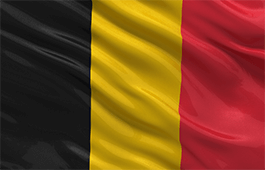 It’s arguably the most beautiful circuit on the F1 calendar, but Spa-Francorchamps’ location in the heart of the Ardennes also makes it one of the most difficult to access. This year we set out on a pilgrimage to drive from the UK, and what a fantastic adventure it was.

Before we get to the Grand Prix itself, some tips on where to stay. The town of Spa is 10km from the circuit and is used by most of the teams. It’s very convenient but hotel options are limited and can be expensive. Liege is the nearest city (60km) but it is quite industrial. Our preference is to cross the German border to the Spa town of Aachen (70km). Here you will find beautiful architecture, fine restaurants and a good selection of hotels. The Pullman Aachen Quellenhof comes highly recommended.

So onto Qualifying and rain at the start of Q3 gave us a mixed-up grid. Complements to Racing Point Force India. Their trucks looked forlorn in the paddock without any logos but on track both drivers did the business, Qualifying P3 & P4. The team’s quick thinking to change to intermediate rain tyres played no small part in this. They were rewarded by an 18-point haul from the weekend, which will have delighted the team’s ambitious new owners.

The main talking point on Sunday was Fernando Alonso’s dramatic crash with Charles Leclerc at the start. Halo prevented ‘fatal injury’ read the headlines in most UK papers. They may well be right. We’ll never know for sure, but Leclerc must be mightily relieved the new regulations were brought into place. He tweeted after the race: “Never been a fan of the halo but I have to say that I was very happy to have it over my head today.”

We didn’t need more proof, but Ferrari have the fastest car on the grid. Hamilton’s two victories in Germany & Hungary came against the run of play. This weekend the Brit once again qualified ahead of Vettel but the German made short work in passing him on lap 1, his superior straight-line speed proving decisive. From then on it was a routine race for Vettel as he cruised to victory.

Kimi Raikkonen’s luck deserted him (again). He should have joined his teammate on the podium and another DNF against the Finn does not read well. As it was, Max Verstappen took third place, to the delight of his thousands of fans in the crowd. Haas F1 Team also deserve a mention. Both cars looked quick as they recorded a double points finish, giving us further indication of Ferrari’s strength.

Should Mercedes be worried? The short answer is yes. Toto Wolff didn’t hide from their problems, saying afterwards: “I look at today’s race and I see many deficits… The deficits are the slow-speed corners and the traction. This is what I would summarise as the main weaknesses at the moment. Today we were clearly, compared to Ferrari, the Red Bulls and Force Indias, the car that was cooking the tyres the most.”

Good news for the Silver Arrows is that Monza is up next. It’s fastest circuit on the calendar and Mercedes have taken the chequered flag for the past 4 years running. Ferrari have improved but we expect that record to read 5 out of 5 come next Sunday evening.