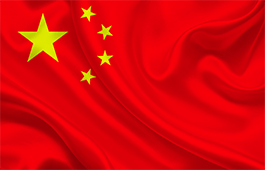 Straight off the back of Bahrain and we find ourselves in Shanghai for the third race of the season, the Chinese Grand Prix.

To tell the truth, we thought Ferrari had this one sewn up after Qualifying. Kimi Raikkonen came close to snatching a surprise pole but Sebastian Vettel showed his class and pipped his teammate to start first on the grid. Both were well clear of their rivals.

Daniel Ricciardo’s Saturday got off the worst possible start. A blown engine in the final Practice session meant he nearly missed Qualifying. The Red Bull mechanics worked miracles to get the car out on track with only a couple of minutes left in Q1. Ricciardo did his part and ending Qualifying in P6, a place behind Max Verstappen.

Sunday came around and we had a grid pretty much in team order, two Ferrari’s, two Mercedes, two Red Bulls… Sebastian Vettel’s start raised a few questions when he angled his car to cut off his teammate. It was a move not dissimilar to Singapore. This time the result was different though as Seb scooted clear of the pack, whilst Kimi was forced to check and concede a couple of places.

The Grand Prix fell into a predictable rhythm and Vettel looked comfortable. But a strategy error from Ferrari allowed Valtteri Bottas to move ahead of the German during their only pit stops. A nice boast for Mercedes and they must have envisaged their man scoring maximum points. Indeed, Bottas commented after the race: “This is disappointing; today doesn’t feel like winning a podium but like losing a win.”

What happened? The unpredictable nature of our sport showed itself again, this time in the form of Piere Gasly. The Toro Rosso driver collided with his teammate at turn 14 and sustained sufficient damage to spread debris across the track, meaning a safety car was deployed. Toro Rosso blamed the incident on ‘miscommunication’. Gasly himself, who received a 10-second penalty, said: “I expected him to let me by”.

Aston Martin Red Bull Racing reacted quickest to the safety car and brought both drivers in for new tyres. It was maybe down to track position, but Mercedes and Ferrari failed to do likewise. So, the race restarted with the leaders on old tyres and the Red Bull’s chasing them down on fresh rubber.

Unfortunately, Max Verstappen did not cover himself in glory. ‘Youthful Exuberance’ got the better of him again as he first ran out of track trying to pass Lewis Hamilton and then crashed into Vettel whilst attempting a move at the hairpin. Verstappen finished fifth. Christian Horner defended him publicly saying: “I’m fully confident that he’s a phenomenal talent and he’s smart enough to recognise areas that he needs to work on”. However, we suspect he’ll have had a quiet word in private.

All this opened the door for Daniel Ricciardo, who did what Verstappen couldn’t and quickly passed Raikkonen, Hamilton, Vettel and finally Bottas for a remarkable win. Ricciardo was as surprised as anyone and tweeted after the race: “Holy everything. Starting to come down.. Slowly. Thank you for the kind words. Today meant a lot”. This was one of the best drives we have seen from the Australian and he deserves the praise.

Where does this leave things in the standings? The Constructors battle is neck and neck with Mercedes on 85 and Ferrari on 84. Red Bull have also closed the gap and now have 55 points. Interestingly some bookmakers now make Sebastian Vettel favourite to win the Drivers Championship. Lewis Hamilton will not be pleased to see this…

The Chinese GP delivered one of the most exciting races in recent memory. Let’s hope for more of the same in Azerbaijan.