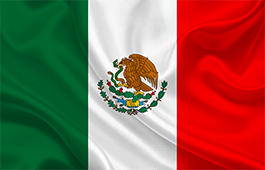 Many congratulations to Lewis Hamilton who entered the record books yesterday, clinching a 5th World Championship at the Mexico Grand Prix, which makes him the joint second most successful driver of all time.

It speaks volumes about Mercedes commitment that Toto Wolff was disappointed and said afterwards: “We have had a very bad race and we need to understand it but we should be happy when it comes to the championship… I didn’t say anything to Lewis on the radio when he crossed the line because I was so upset with the race.”

Hamilton is driven by his desire to race and shows no signs of slowing down, despite his gruelling schedule and doing more air miles per year than most complete in a lifetime. Who would bet against him equalling or even surpassing Michael Schumacher’s all-time record?

The one thing that may stop Lewis is improvement from the other teams. Ferrari had the fastest car for a large part of this season and without a series of strategy and driver errors, the title would still be very much alive. Red Bull have the best chassis and more power would put them firmly in the mix too. Maybe this is something that Honda can provide next year? We certainly hope so and that 2019 treats us to an open Championship between all three teams.

So what else happened in Mexico? Well Daniel Ricciardo is challenging Valtteri Bottas as the unluckiest man in Formula 1. He looked certain of a place on the podium until a mechanical problem caused his sixth retirement in the last eleven Grands Prix. “I don’t think ‘frustration’ is the word anymore,” Ricciardo said after the race. “Everything feels hopeless… Honestly, now where I am, I don’t see the point of coming on Sunday, I don’t see the point of doing the next two races.”

It will be of no comfort to the Australian that he started the race on pole, only to get a poor start and watch teammate, Max Verstappen, saunter to an easy victory. Verstappen for his part looked the complete package this weekend. Gone are his moments of ‘youthful exuberance’ seen at previous races. Given a reliable car, he is a force to be reckoned with.

Special mention must also go to Charles Leclerc, who steered his Sauber home in 7th place and treated us to some wheel to wheel racing with Sergio Perez during the race. It’s easy to see why Ferrari signed the young Monégasque and he will be winning races sooner rather than later.

We’ve seen cracks in Sebastian Vettel’s armour at various points this season and perhaps he is not quite the force of old. If someone is to end Lewis Hamilton’s reign at the top, will it be one these exceptionally talented 21-year olds who take it from him?