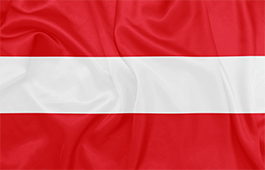 What a difference a week makes. The French GP was, to put it politely, not the most exciting Grand Prix we have ever witnessed. This weekend the F1 roadshow moved onto the Austrian mountains and we were treated to the best race of the season so far. That’s sport for you…

What made the Austrian Grand Prix so good? Qualifying was genuinely close. For the past few events one got the impression Mercedes could turn up the heat when they needed and that they were quite comfortable. Not at Spielberg! In the end none of the drivers had an answer to Charles Leclerc’s 1:03.003. Lewis Hamilton did well to snatch second spot from Red Bull’s Max Verstappen in the dying seconds, but he was subsequently demoted to fourth when he was deemed to have impeded Kimi Raikkonen. His teammate Valterri Bottas therefore took third spot on the grid. And where was Sebastian Vettel? A problem with his air pressure line ruled him out of Q3 and he started ninth on the grid.

So, onto race day and nearly everyone was pleased to see a different order at the front of the grid. At only 21, Leclerc must have felt huge pressure on his shoulders in the build-up, but he didn’t fluff his lines and the Ferrari got off to a flying start. The same can’t be said for Max Verstappen whose anti-stall kicked in as he crawled off the line. Cars swerved round the Red Bull, and audible groans could be heard from the Orange section of the crowd as their hero found himself down in seventh spot at the end of lap one.

The early laps of the race were entertaining as drivers jostled for position. Leclerc held onto first place convincingly but behind him Kimi Raikkonen found himself in forth spot with McLaren’s Lando Norris in fifth. Both drivers did well to defend their positions however in the end the superior speed of Verstappen and Vettel saw them force past the slower cars.

More drama at lap 20 as Mercedes decided to pit second placed Valterri Bottas. Ferrari immediately called in Sebastian Vettel, who was in fourth, to cover the move. The problem? Nobody told the Ferrari mechanics who weren’t ready when Vettel came to a standstill, resulting in a 6.6 second pit stop. Vettel was rightly furious as he re-joined in eighth place. These schoolboy errors need to stop if Ferrari have serious aspirations about regaining the Constructors Title.

The race built to a riveting conclusion as Verstappen began one of his trademark charges. On lap 50 the Dutchman passed Vettel to take third spot, then he passed Valtteri Bottas on lap 56. Now in second place, Verstappen had about 5 seconds to make up on Charles Leclerc and 15 laps to do it. It was edge of seat stuff and by lap 68 the Red Bull had caught the Ferrari, they jostled for a lap or so with Leclerc defending brilliantly, but on the following lap Verstappen forced his way past at turn 4. The Red Bull went on to claim victory amid wild celebrations from fans, the team, and Honda for whom it was a first race win since 2006!

Verstappen said afterwards: “Wow! After that start I thought the race was over but we just kept pushing hard, I was quite quick so the pace was actually not too bad but I had quite a bad flat spot on my first tyre, and then after the pit stop we were flying… Of course extremely happy for the whole team and also for Honda – we just started working together this year but to win here is incredible.”

Was his overtake on Charles Leclerc unfair? The stewards looked long and hard, deliberating for over 2 hours, before ruling that the coming together of the two cars was a racing incident and didn’t deserve a penalty. We’re not completely sure on this, but if Verstappen hadn’t passed where he did, the Red Bull would surely have overtaken the Ferrari before the end of the race. It was rough on Leclerc, who could do nothing more, but the right result.

Silverstone is up next, which is always a highlight. Let’s hope Red Bull and Ferrari can keep the pressure on Mercedes and for another race like this one.